Jackson Pollock dancing with the brush 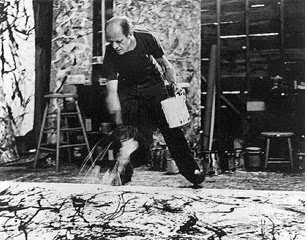 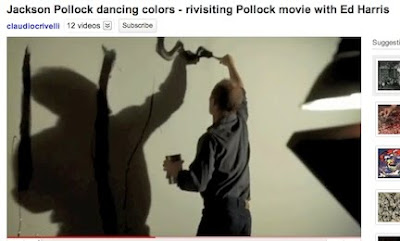 Ed Harris, from his film Pollock
The scenes of Ed Harris as Pollock, painting in the film Pollock, are wonderful to watch, too. Here is a scene on Youtube.com – the clip is called Jackson Pollock dancing colors – he is painting his first monumentally large piece, after having torn out the walls of his studio in order to fit the canvas. Harris gives the viewer a good sense of the visceral, subconscious, dancing quality of the act of painting as Pollock practiced it.
It makes me want to get out a very big canvas, and dance....
Posted by Karen Lynn Ingalls at 10:10 PM No comments: